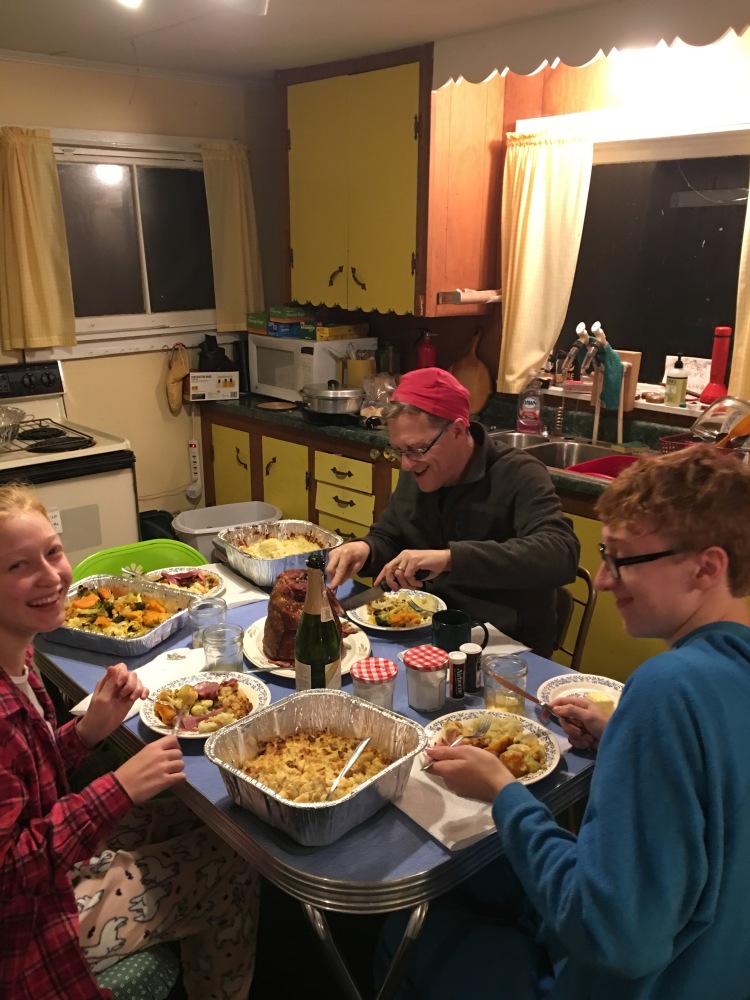 We were at our Cabin, tuned out from the world and into each other.  I love that we can’t get any cell service or anything there.  It’s just reading, playing games, eating and other such activities.  So wonderful, a great way to celebrate the Holidays and each other.

Loved seeing the Rhythm in Motion Dance Company’s cast put on a classic and inspiring performance of Tchikovsky’s Nutcracker.  So proud of our beautiful ballerina, astounding, bravisima !  I am in awe of my baby girl and her skill, power and grace!

My husband, Labor and Constitutional Historian, has explained to me that the holiday has origins completely different from it’s current form and celebration. It makes me wonder how many other holidays are like that? Holidays that were created to distract or divert people rather than honor a particular event to be proud of. Still, I use it as a time to be thankful. I try to do that throughout the year, but setting aside a particular day for it is good. Thankful for my family, especially thankful for them this year. With Sam away at College, and Sophie entering High School, family looks different and feels different now. Maybe with less physical proximity it intensifies the importance, like a fine wine that is stored and the tastes get stronger and more powerful the longer you don’t have it. Thankful for my one true love, my husband. Nothing that really matters to me would be possible without him. 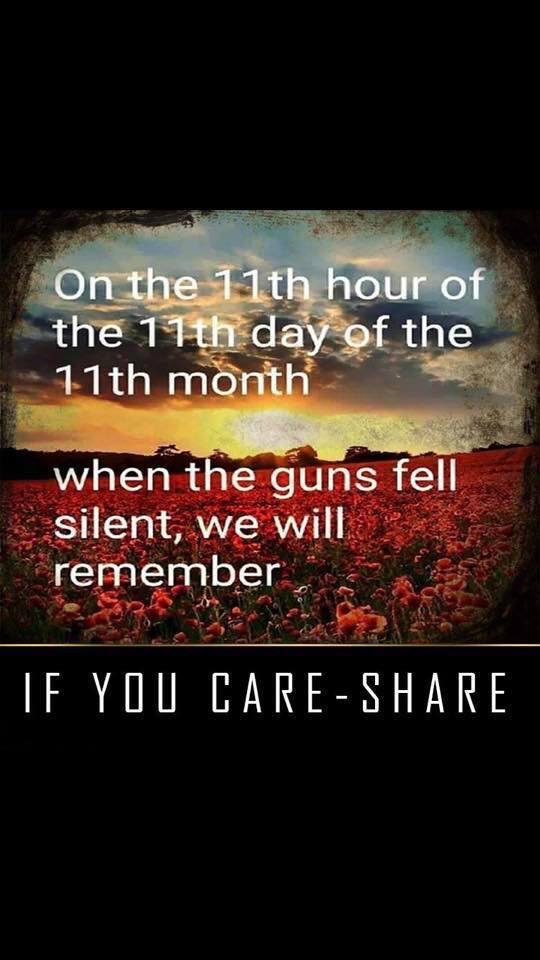 The second does not diminish the first. St. Augustine said that the purpose of war is peace, I believe that most often those who serve do so with this in their hearts. I will always support them. I will not blindly support governments that use those men and women like cannon fodder, to gain power rather than secure peace.

I felt like recent outcomes were such a predictor for the world that my children are coming into. It really felt like life and death. Every day I have fear for my children, especially with anti-Semitic and Racist incidents like the ones in Pittsburgh and Kentucky. My son attends Shabbat services on his college campus, and each week we celebrate Shabbat in our home with my daughter and others. I have felt scared for my children recently, in a palpable way. But there were many victories yesterday. Women were elected to offices all over that had previously only been held by men, progressives, young people, people of color, and previously marginalized people were elected all over. So I will take the wins, and overcome my fears. Malala Yousafzai, human rights activist and youngest ever Nobel Prize Winner said about the Taliban that shot and tried to silence her “The terrorists thought they would change my aims and stop my ambitions, but nothing changed in my life except this: weakness, fear and hopelessness died. Strength, power and courage was born . . .” I will take my fear and turn it into action, anything less would be failure and I refuse to fail my children. I will not let hate take root, I will turn it into love, because that is the only legacy I can truly leave them.

If you need hope think about a much more organized, technically savvy and culturally aware generation going to the polls November 6th. 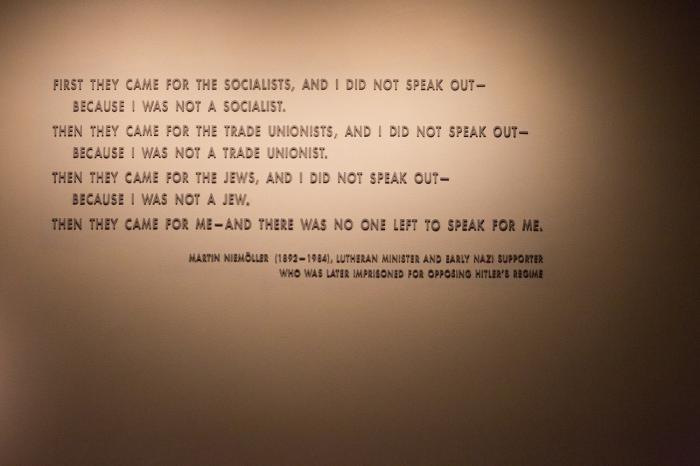 Martin Niemueller was a Pastor in Germany who was initially a Nazi supporter.  He was later imprisoned and died fighting to oppose the Nazi regime.

“What is it?” he asked confused. I stammered, “There are people who hate him (we knew at this point that it was a boy), even before he is born they hate him just because he’s Jewish.” The sense of helplessness, the fear, what would I do or what could I do to protect him? Hate will always be there, people will find a way to use someone who is an “other” to pin their anger and fear on. I can’t stop them from hating my family, my son and daughter. I can’t control their fear and hatred. I can control myself, and I will never let them use that fear and hate against me, the people I love or others. What happened in Pittsburgh this weekend is the embodiment of that nightmare I had 19 years ago. It is made possible in large part by the raging, unchecked ethos of hatred perpetrated by our current GOP Administration. I beg those who have the power, vote on November 6th to restore an order where there is some accountability and check on this kind of untamed violence and disregard for human dignity and life. 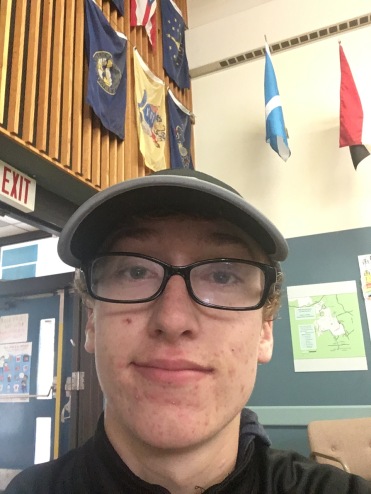 Your eldest child contacts you to report on a success they have had, their first words reflect that they were inspired by the success that your youngest child had recently had. Literally, he used the word inspired. He was inspired by his younger sister. He was inspired by her, I was humbled by him. I called him the day before to report on his sister’s success, he was supportive at the time and didn’t need to mention that he would be competing the following day. Only after his competition did he contact us to report on his success, and his graciousness extended to include further support of his sister. Seriously, I hit some kind of freaking jackpot when it comes to my children. Congrats to Samuel Elliott Arnold,1st place in his age group and 6th place overall in the BUSA Bushwhack Trail Run. And more importantly, just a really nice person.

Mostly he has shared incredibly insightful and productive knowledge that has helped guide and shape the way I see myself, the world I’m in, others who share that world with me and how to operate in that world. I picked him out of thousands, that was my smart move. Also, my profession has helped me examine and moderate all that I say and do. Interestingly there is one key overlap between what my husband and my profession has taught me. Ask a simple question, is what you say or do really for others or are you saying and doing it for yourself? Do you offer kind words to ease your own guilt or sadness, or to address the feeling of someone else who experiences sadness and guilt. Do you offer knowledge to productively move a conversation or a situation forward, or are you trying to show people how much you know and how smart you are? It’s not complicated really, just take your ego out of the equation. Not complicated yet incredibly difficult. As a parent it can be a revelation in your relationship with your child.